The present through the eyes of the layman. Part 4.

“Whoever has Why live, will be able to withstand almost any How.”(F. Nietzsche)

To summarize. The situation is “awful.”

We do not have mechanisms and resources to rectify this situation. There are no leaders. And there is no time for buildup either. There was just some kind of “hopelessness.” Wherever you look, there’s a big fifth point everywhere.

In general, we are surrounded, there is nowhere to retreat, and there is no place to wait for help either.

Science does not give any intelligible predictions. Having closed in itself, she, in fact, undersigned in her impotence.

Religion does not help either. The churches, preaching love, asceticism and tolerance, themselves became entangled in the canons and mired in the “intraspecific struggle” with each other.

To sit back in the “hut on the edge of the village” also did not work. As we see, the plan implemented by world technocrats to recreate the slave system will affect everyone. After the publication of information about biological laboratories in our territory, rumors of a reduction in the population of the planet seem quite plausible. Gradually, understanding comes that we all will suffer. Regardless of nationality, language of communication and sexual orientation. We, not them! And this difference is our death sentence.

Finding himself on the verge of death, our inquiring mind continues the struggle. The prospect of becoming a chipped slave or dying, even “beautifully” in the fight against tyranny, makes him work with double effort.

“Shoveling” mountains of conflicting information, we are looking for a way out, or at least some hint.

Revolution? But then what? We have survived two in one generation. And the result is the same. No! Even if our next revolution is spontaneous and more severe, it will not solve our problems. We will reset the power, but the result will, with great probability, be exactly the same as now. And human sacrifices will again be in vain. The level of bitterness in society is growing, but I don’t really want to go to the next “penalty” circle …

Need another way. Evolutionary. But are there any hints of this? Is there at least something positive for us?

Such, albeit disappointing, news is still there.

There was a feeling that the project of the “rulers of the world” to create a “new” world order began to “slip”. There is a de-synchronization in the work of the elements of the control system that was ideally built and tested before. Some “gears” clearly fulfill the plan, others – frankly sabotaging the process, and others – are delayed. And all this against the background of the fact that the established plan is catastrophically outdated and its implementation in the changed conditions is simply impossible. 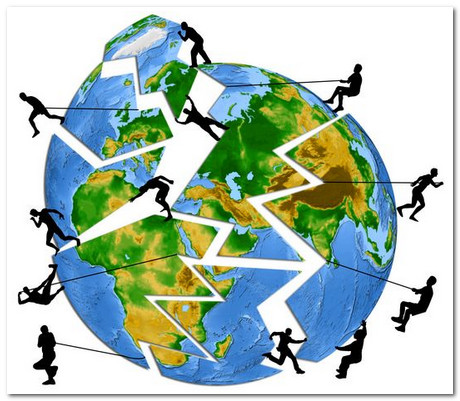 For example, the Baltic countries, contrary to common sense and their interests, continue to “pour water” at the mill of “dying world liberalism.”

More civilized countries are in no hurry to compromise their national interests. They humbly await the results of the war between the “powers that be.”

Ukraine, it seems, is also doing everything within the framework of “tasks launched from above”. But it turns out somehow wrong, not the one and the wrong way.

The law on the earth, albeit with delays, but the Verkhovna Rada adopted. It turns out that not so. It is likely that the law on banks will suffer the same fate.

“Reforms” in politics, economics, medicine, and education seem to be underway, but without much enthusiasm. The restless Ukrainian people are breaking plans. He does not give up. Having taken a circular defense, our people continue to actively fight for life, not forgetting about self-education.

It should be noted one more very important and at first glance insignificant phenomenon, which has spread throughout the world. Today, not only is the process of stratification of the population by material well-being (> 90% of the resources in the hands of 1.5% of the population), but the stratification of society by intellectual development is increasing even more, regardless of wealth, nationality, class and territorial affiliation. 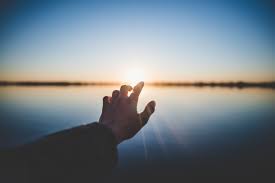 A layer of people has appeared that does not succumb to the influence of the media, does not respond to the calls of advertising and violent “leaders”, adequately responds to differences and contradictions in society. She prefers dialogue to dispute, to condemnation – understanding, competition – to cooperation, and credit – to all possible material assistance to her fellow man. They have a keen sense of justice. For these people, the pursuit of new knowledge is not an empty phrase. They have the realization that parasitizing on their abilities and talents is halfway. Including they set themselves the task of developing what is not developed. These people are easy to recognize. Their main slogan in life is good, love and CREATION.

Is it really “IT”? But such people existed before. What’s new?

And the new is that such people begin to unite. Naturally, without pressure and external interference, interest groups began to form. Surprisingly, it was the current cruel world of victorious materialism that caused the birth of a new World. Despite any difficulties, “progressive people” persistently continued to improve and create. Many had to leave the familiar circle of friends, once realizing that the environment does not understand and does not accept them as they are. Many left a good job, contrary to personal beliefs and conscience.

Having made a choice in favor of the spiritual, the good and the human, these people actually opened the door to a new, better version of our reality. The power of the Body over the Mind ends. There comes a time when the reins of government take control of the Soul.

We can say with confidence that the era is coming in, called in the scientific community, “cultural globalism”, which means the unification of people across the globe on cultural values. And this is not utopia. 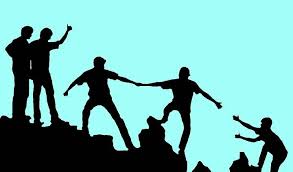 This process is objective. And what does he bear to the existing power of all levels? For them – this is the end! The “world rulers” believed that they controlled everyone and everything. All left movements were placed under tight observation. From time to time, social projects artificially created by them appeared, the true purpose of which was to eliminate active supporters of the ideas of “equality and fraternity” and to discredit the idea of creating a just society among the population.

The leaders of the “world elites” were waiting for the Savior in the person of one person, in order, as before, to seize him and “crucify” him. But the universe did otherwise. She sowed the seeds of reason, love and kindness right away in millions of people, in millions of women and men of different social backgrounds, different nationalities, with different cultures and traditions.

From person to person, day after day, a new system of relations between people began to emerge, based on a craving for knowledge, mutual respect, understanding and support.

The intellectual minority as much as possible reduced their ties with state bodies. The state “scored” these people, and they “scored” the state.

In its infancy, this system has a natural defense. She is not visible. With a huge number of its members, there is no single center and single leader, there is no rigid structure and stable relationships between its elements. People are united by informal friendships, a common idea, to live in harmony with nature and other people, to learn new things, to engage in creativity and share its fruits with like-minded people and those in need. Yes, and to find people in such numbers who themselves until the end do not realize their uniqueness, no system can.

Someone may object that the “all-seeing eye of the powerful of this world” will still figure out everyone and will mercilessly crush.

Firstly, the current representatives of the “world power” are not able to adequately assess any information coming from the external environment, because this information goes beyond their consumer perception of life.

Secondly, there are not enough forces and means. Instead of one “Prometheus” will come a hundred new ones.

And most importantly. Do not forget about support from above. The more pressure is created on groups of intellectuals, the greater the likelihood of new breakthrough technologies that will ensure the normal and safe functioning of the new world.

New technologies will also have a natural defense against the “fool.” People who have not reached a certain cultural level will neither be able to discover, nor appreciate them, much less use them. 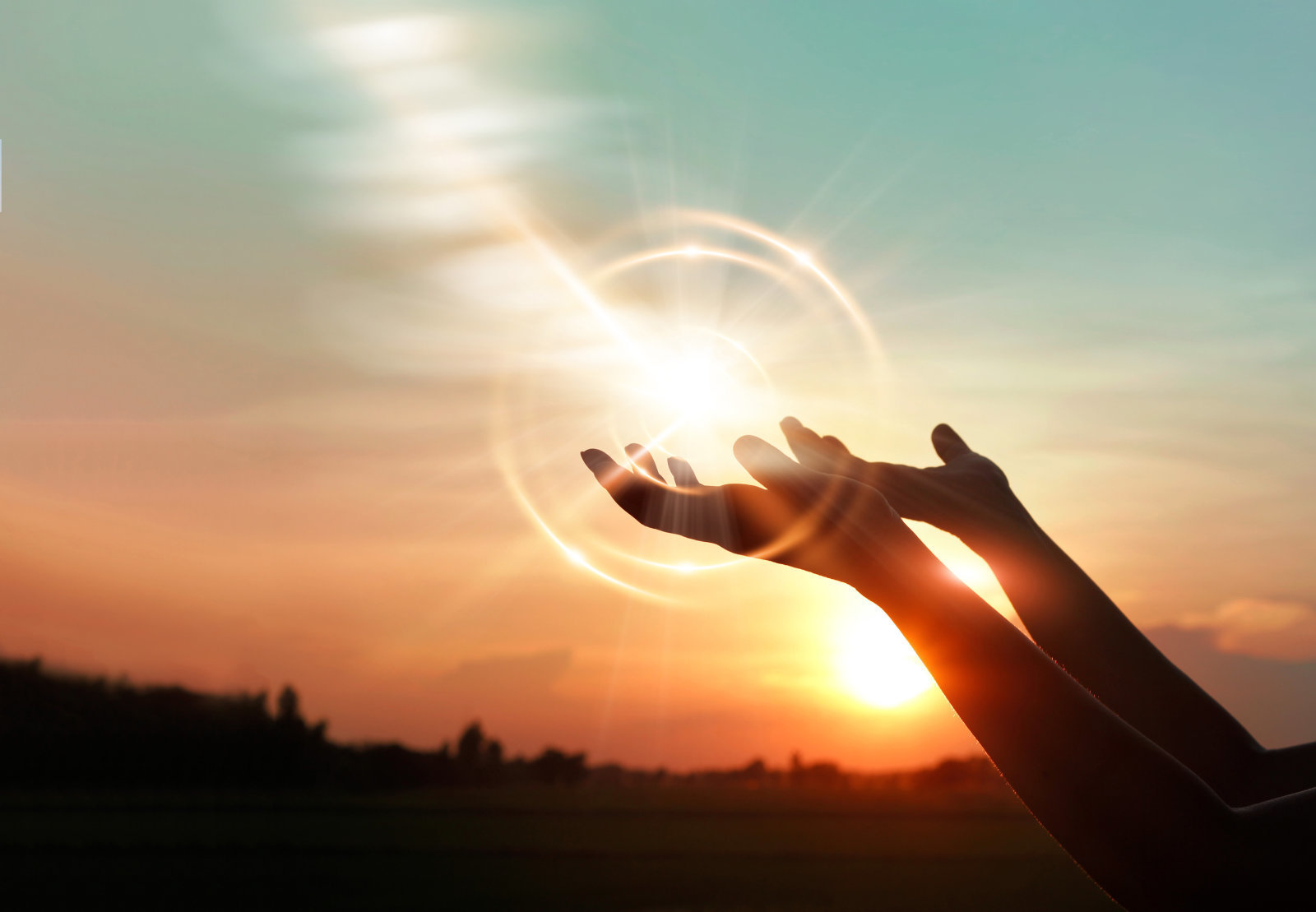 This is not a fairy tale. This is reality. The second coming has already happened. The Savior has already come. He is in each of us, and we choose whether to go ahead, despite the failures, or to give up and drown in the “swamp” of everyday problems.

Soon we will witness the emergence of new sciences, more advanced technologies and new forms of art. The facets of a new state will be emerging, the main task of which will be to support a person, as a CREATOR, in the process of its development.

The tasks of thinking people are simple – not to stop on the path of personal development, to unite, share knowledge and technologies, if possible, educate interested people.

It must always be remembered that the purpose of the life of every person born in the image of God is to become His likeness on Earth.

Written by: Alexander Sukhinin, Director of Intelligence Center of ISED