The full text of the article is available to authorized users.

Against the background of the hysteria created by the media related to the fake pandemic of the COVID19, in Ukraine the authorities “remembered” that 15 US bio-laboratories are operating in the country.

Moreover, they work in a top-secret mode and under diplomatic cover. No one is allowed in there and there is no information about what the “secret” scientists – chemists, physicians, biophysicists, etc. do. 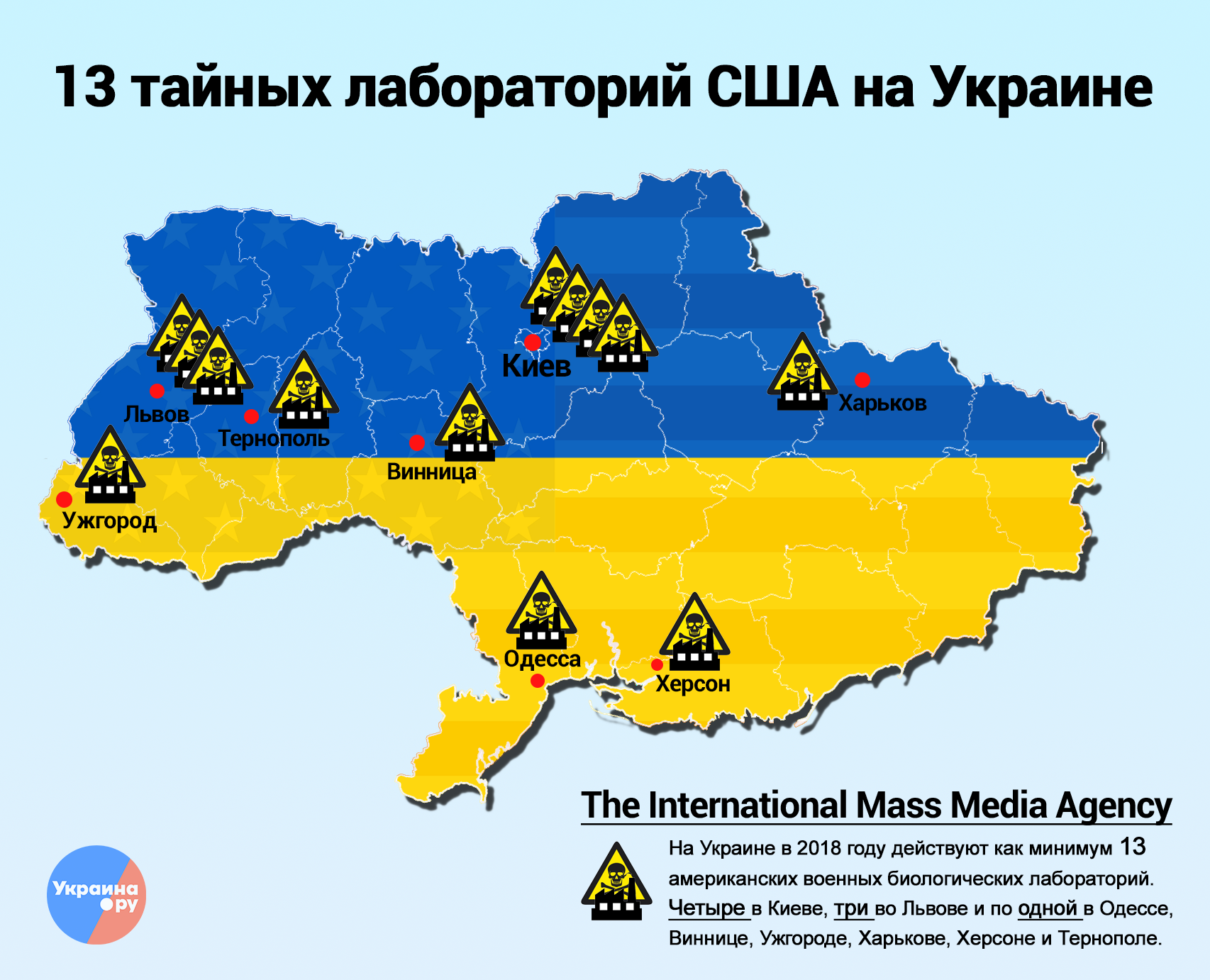 The petition appeared on the website of the President of Ukraine immediately after the speech of the Chinese diplomat:

“The threat may lie in the territory of our country. In connection with the official statement of the representative of the Ministry of Foreign Affairs of China Zhao Lijian, we ask President of Ukraine Volodymyr Zelensky to create a commission to investigate the activities of American biological laboratories in Ukraine. People have the right to know the truth.”

There is no answer from the office of Vladimir Zelensky, however, most likely there will not be. After all, the agreement that the authorities of countries that agree to place such laboratories sign with American scientists has a mandatory clause: no one even has the right to be interested in what research is being done in these laboratories. 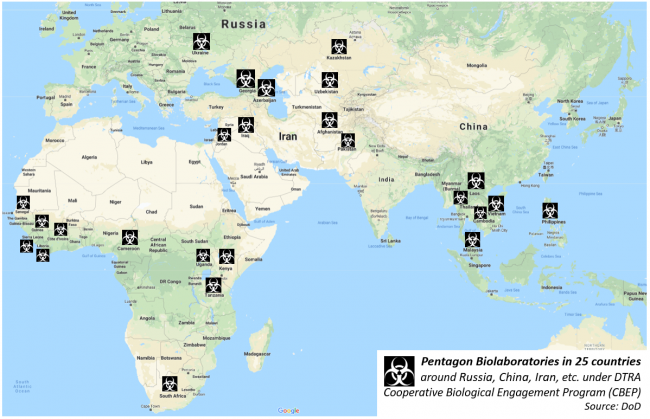 Image: US Department of Defense.

The USA has more than 400 bacteriological laboratories around the world, including at least 15 in Ukraine. This fact was confirmed at the end of April by the US Embassy in Ukraine. Now deputies of the Verkhovna Rada are demanding that the Ukrainian government report on the studies that are being conducted on the territory of the country.

This whole story is reminiscent of the continuation of the disclosure situation, when secret prisons of the CIA were revealed in Poland, Romania and the Baltic state

Only Americans work there, and they are funded by the US Department of Defense, the Pentagon. Laboratories are located in Odessa, Vinnitsa, Uzhgorod, Lviv (three), Kiev (three), Kherson, Ternopol and not far from Crimea and Lugansk. 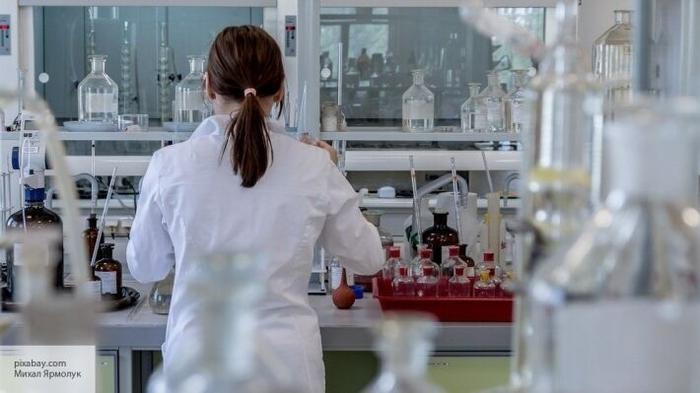 The functioning of American biological laboratories in Ukraine began during the presidency of Viktor Yushchenko and the prime minister of Yulia Tymoshenko, according to agreement of August 29, 2005.

Then, between the US Department of Defense and the Ministry of Health of Ukraine, cooperation agreements were signed regarding the prevention of proliferation technologies (proliferation of body tissue by cell reproduction by division), pathogens and examinations that can be used to develop biological weapons. The agreement states in detail that Ukraine undertakes: not to disclose confidential information about the activities provided for by this agreement, to transfer pathogens (microorganisms that can cause illness of another living creature) to the United States for biological research, and in article 7, paragraph 4, it was stated that Americans gain access to state secrets of Ukraine in this area.

Plague, cholera, hantavirus, anthrax and much more – isn’t that interesting?

In fact, the work in the laboratories is carried out according to the program of biological experiments. The budget is $ 2.1 billion and is funded by the US Security Threat Reduction Agency (DTRA).

The Science and Technology Center in Ukraine, an international organization funded by the American authorities and whose employees have diplomatic immunity, is actively involved in this activity. The specified organization is financing projects for the creation of weapons of mass destruction.

Recall that in May 2012, at the initiative of Deputy Prime Minister Valery Khoroshkovsky, the Government Commission conducted an audit and revealed many facts of a gross violation of safety rules and standards at facilities that could lead to the leakage of highly dangerous infections. Interestingly, a fact was recorded that one exhaust ventilation went directly to a kindergarten. Although this may not be a mistake, but (the military agency to reduce security risks) DTRA simply decided to check the effect of its products on children.

In 2013, President Viktor Yanukovych officially announced that he would not renew the agreement with the US Department of Defense, whose validity had expired. But soon the holy Euromaidan happened, and the Americans had the opportunity to continue to “take care” of the health of the Ukrainian people.

Image: a question from the American “gift” to the Ukrainian people of Ulyana Suprun: Has Ukraine not died yet?